As you may know the authentic Spanish chorizo sausage is one of the most popular foods in Spain. Although the chorizo is from Spain and it was later brought to South America (where they love it), now it´s getting popular all over the world.

Today we won´t only show you the best chorizo to buy online, but we will also tell you about everything related to the famous chorizo: the difference between the Spanish and the Mexican chorizo, Its recipe, its ingredients, How to eat Spanish chorizo sausage… and much more.

Where to buy Spanish chorizo online?

We are pretty sure that many of you already know a lot about chorizo and you are just looking a place where you can buy the best Spanish chorizo online.

We would advice you to go to Spain and get the most amazing chorizos there, but since we know that is something that not everyone can do it, we have selected some of the best chorizo sausages in amazon. Some of them are really good! 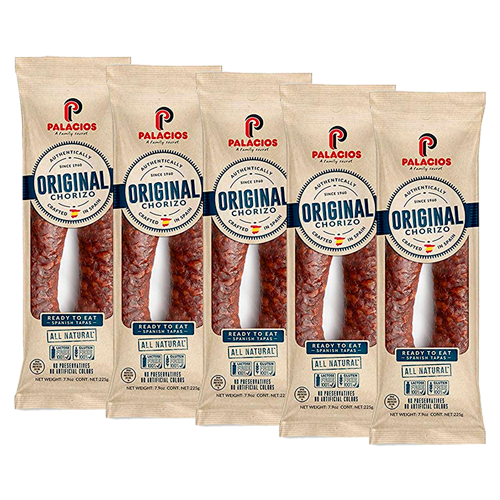 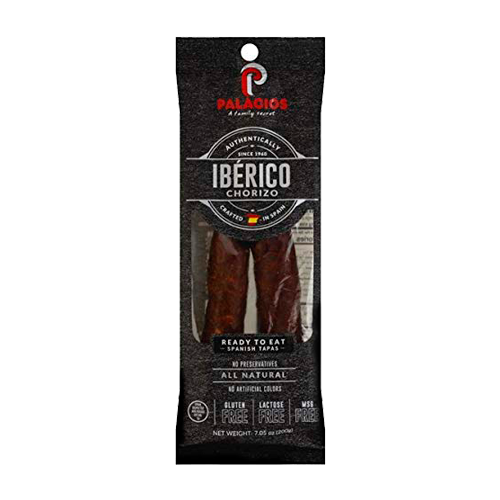 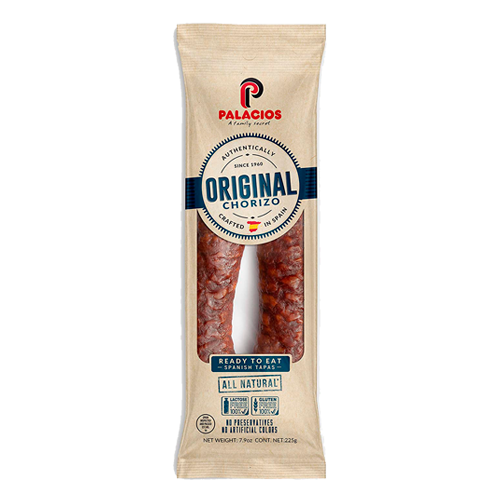 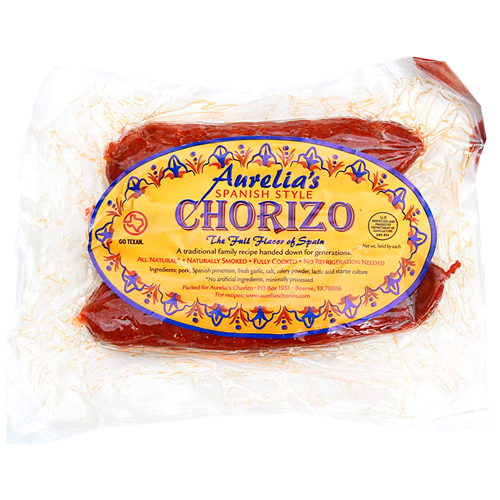 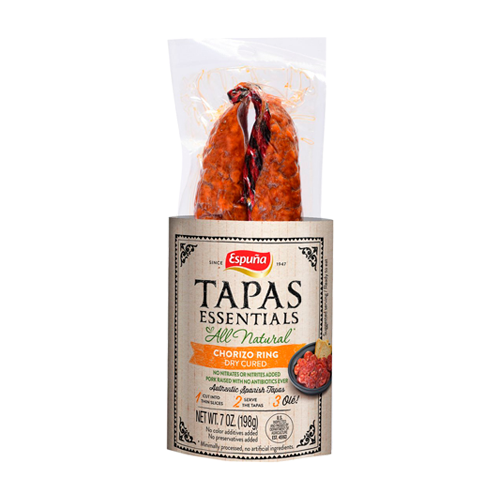 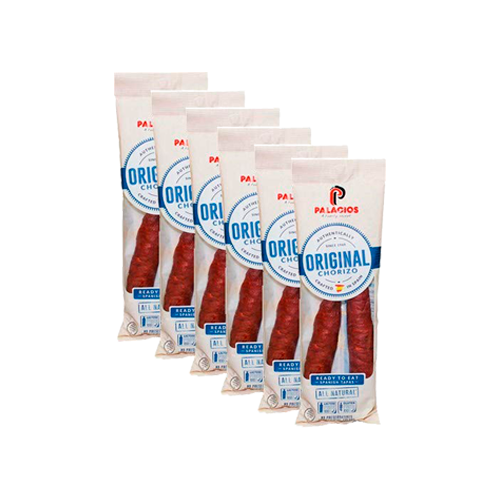 So… What is Spanish chorizo sausage?

The Spanish chorizo is a sausage made with chopped meat and pork fat.

What you should know about chorizo is that it´s always seasoned with a big amount of paprika (known as pimenton in Spain) and garlic… it´s actually the main reason why it´s so flavored.

Different kinds and types of chorizo

You may know about the traditional Spanish chorizo, but the truth is that there are many types of chorizo sausages. Depending on the level of curing, the way its cooked and the region where it has been made, its flavour will be totally different.

Difference between Spanish and Mexican chorizo

When you are talking about the different chorizos, the first ones you need to ditinguish are the mexican and the Spanish chorizo. Many people believe these are the same, but they are very different:

Kinds of Spanish chorizo depending on their cured level

Semi cured Spanish chorizo: The semi cured chorizo needs to be cooked as well, because it has been fermented and smoked (not always) but it has not been dried.

Spanish cured chorizo: The cured chorizo is the one everyone likes. It´s been fermented and dried until it´s hard. It doesn´t need to be cooked and you can eat it for the bocatas or tapas.

Types of chorizo depending on the region of Spain

Chorizo of La Rioja: The chorizo Riojano is the most famous one. It´s a little bit spicier than the rest of the types, but it´s very good. It´s seasoned with sweet and spicy pepper and with garlic.

Spanish Chorizo Andaluz: The chorizo andaluz is normally dried with wine, plus it has other different ingredients like black pepper. (It´s also made with garlic and sweet pepper)

How to make Spanish chorizo sausage?

Although learning how to cook Spanish Chorizo is not that hard, it´s true that it takes a lot of time during the fermenting process. Plus, to make chorizo you will need a stuffer barrel and a meat grinder, which not everyone has it at home.

What are the ingredients in chorizo?? 🌶️

How to eat Spanish chorizo??

It´s probably not one of the most important things about chorizo as you can really eat chorizo however you like, but apparently, many of you are wondering about how to eat Spanish chorizo sausage??

The truth is that there are many different ways to eat chorizo, as it´s something that it´s used to accompany a great variety of plates. Chorizo can also be eaten as a sandwich, bocadillo, tapa or pincho. Last of all, don´t forget that another way to eat chorizo is as a tapa, in Spain is very common to share a plate of chorizo, with another of ham, of potato chips, olive oils…

If you are asking yourself how to eat cured chorizo? Then you may be interested about the Chorizo tapas style, which is the most common way to eat chorizo in Spain.

Almost at every Spanish home, you will find a chorizo sausage waiting to be eaten. What most people do is to go to their kitchen and cut a few pieces of chorizo for themeselves as a snack. Right before lunch or dinner, you may also find a plate with Spanish chorizo.

In restaurants, the chorizo is served as a pincho with a slice of bread…It´s really good!

The Spanish chorizo sandwich is for many people the best way to eat chorizo.

You can make it however you like, but some of the most popular chorizo sandwiches are with either cheese or egg.

3) Other dishes to make with chorizo

Last of all, a different way to eat chorizo is mixing/ adding it to another plate. This is very common in Spain. As you know the chorizo has a big flavor, so it´s perfect to mix it with tasteless dishes.

As you all may know, the origin of the Spanish Chorizo comes from the Iberian Peninsula. Not Just in Spain, also in Portugal you will be able to find good chorizo.

Although the exact origin of Chorizo is unknown, what we know is that it was after the conquerors came back from South America. The came with the sweet red peppers and many other ingredients, which made the Spanish cuisine very reach.

That´s all you need to know about how to eat Spanish chorizo sausage and in general about this delicious food! Hope you have enjoyed it, and if you have any other question or suggestion, let us know!!