Lately, we are getting used to hear tourists going crazy to drink a sangria, a Tinto de Verano, or any other famous Spanish drink, but what they probably don´t know is that there are many other delicious drinks in Spain.

Before telling you the best 10 Spanish drinks, next you will find more information about each type of Spanish drink: 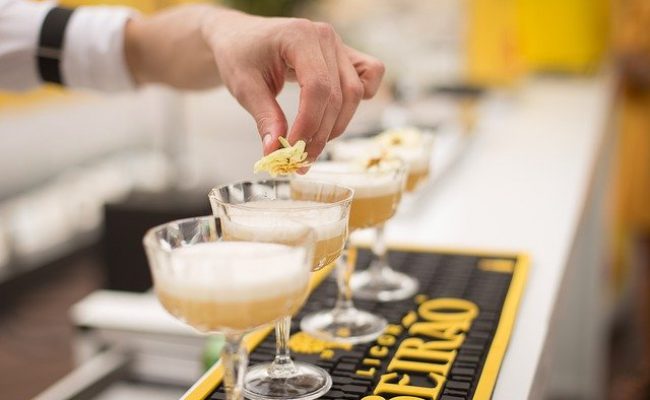 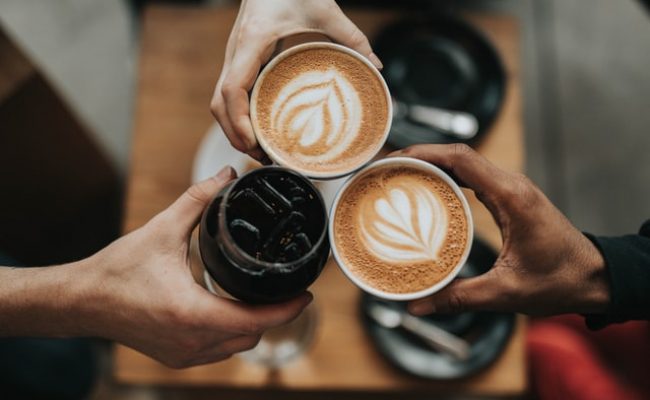 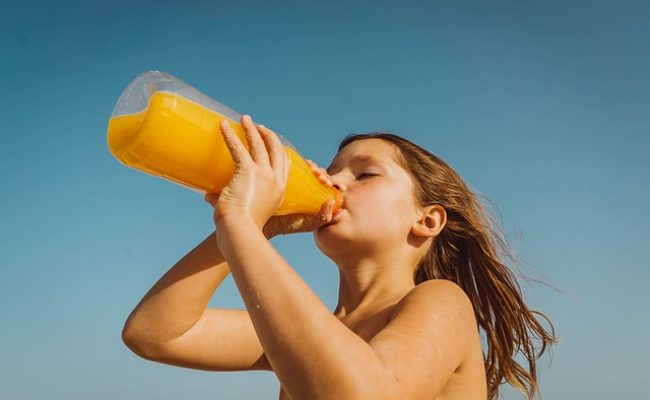 Of course, we needed to start this list of typical Spanish drinks with the one Spaniards enjoy the most, the famous Tinto de Verano.

For the ones who still don´t know about it, Tinto de Verano literally means “Red Wine of Summer” and although it´s true that this drink is very typical during the summer months, you can drink it whenever you want.

It´s as simple as mixing just two ingredients: Red Wine and lemon-lime soda or seltzer water (known as gaseosa in Spanish). It will be ready in 5 mins.

The famous drink of Spain, that absolutely everyone knows about, is the Sangria. You probably didn´t know it, but the Sangria is just the touristy version of the “Summer red wine”.

Sangria is served in many festivals, beach bars and touristic areas, but once you truly meet the locals, you will realise that the one everyone drink in Spain is the Tinto.

The main difference is that in the sangria you will also add fruits like pineapple, pears, apples and other fruits. It takes way more time making Sangria than Tinto.

On third place, we are going to talk about another Spanish alcoholic drink, but in this case, is not as famous as the ones we have mentioned before, it´s the Spanish Cider.

The Spanish Cider (known as Sidra in Spanish), is a typical drink from the north of Spain, being more specific from Asturias. It´s totally different from the ciders you may be used to, generally ciders are sweet and fizzy, but the Asturian Cider is tart and dry.

This local Spanish drink is fun and interesting, as its normally poured from a foot above the glass, that way, it reduces the acidity.

If you are a fan of the famous French Champagne, then we can guarantee you that you will also love the Spanish Cava.

Cava is a Spanish version of the Champagne, and its taste is very similar, but some people even prefer cava as it´s way cheaper.

Something you probably didn´t know about this famous drink from Spain, is that 95% of the cava´s production comes from the Penedès region of Catalonia. You can also find it in other regions like Extremadura, Valencia, Basque Country, or La Rioja.

The ones who have not been in Spain, probably don´t know about the Vermouth, as it is more known locally than out of the country.

Vermouth is becoming very popular lately and there are even bars and restaurants that have specialized in making Vermouth events, bringing their own recipes.

This alcoholic Spanish drink is a sweet wine that can be either red or white (generally reed) and it´s served with an olive or a slice of orange. You will normally drink it at “Vermouth time” (which is around midday), since it´s used as an aperitif before lunch time.

Of course, beers are not originally from Spain, but still, Spanish people love to drink it everyday as if they invented it.

To order a beer in Spain, you will have to ask for a caña (small size) or a tubo (bigger size).  Cervezas are always eaten with tapas, is not that you are not allowed to drink a beer by itself but is just the way Spanish people do it.  The most common tapas to eat with a beer are olives, nuts, or potato chips.

The most famous beer brands in Spain are Estrella Damm, San Miguel, Cruzcampo, Mahou and Alhambra.

Another even more refreshing variation of the Spanish beer is the clara, which is as simple as mixing a beer with lemon.

The clara is much lighter than a normal beer, it´s very common during the summer months, plus it´s very simple to make.

Normally Spanish locals drink it at lunch time or to share it with other tapas like octopus or ham.

If you are looking for a non-alcoholic Spanish drink, we totally recommend you trying the Horchata.

The horchata, also known as orxata in Valencian, where is originally from, is a fresh drink typical for the summer, and although its origin comes from the Valencian community, now you can drink it everywhere in Spain.

If you are wondering about its taste, we can already tell you that its very similar to an almond milk. It´s made with tiger nuts and sometimes is mixed with cinnamon.

Once again, we are going to tell you about another very famous drink in Spain during the summer months, the “Granizado”.

The granizado is made with crashed ice and mixed with fruit juices, is very simple and you will see them at every single “chiringuito” (beach shop) at the beach during your holidays.

Although the “Granizado de limón” is the one considered one of the most popular drinks in Spain, you can have it of all kinds of fruits. The strawberry, the orange and the watermelon granizados are the most common flavours.

Although the coffee known all over the world is from Italy, the people who have been in Spain always have the same argument as they believe Spanish coffee is like Italian or even better.

You won´t find a bad coffee in Spain, there are so many types that you will for sure find the one you are looking for. You can choose coffee with milk, espresso, with ice, carajillo (with a pinch of brandy, whisky or rum) or the cortado, which is an Spanish speciality known for being served on a tiny glass and having a small portion of espresso and a small amount of steamed milk.

What is the national drink of Spain?

Although there is nothing officially considered the national alcoholic drink of Spain, many people would say is the Spanish sherry wine (also known as vino de Jerez), as it´s one of the most famous drinks from spain

No matter where you go in Spain, everyone knows about it, and almost everyone likes it. Even out of the country, people recognize the sherry wine as a very typical drink from Spain.

Of course, when talking about the Spanish national drink, we could name many of them because of their popularity. Some good examples would be the Rioja wine or the sangria.

Other things to know about the traditional drinks from Spain

That was it about our «Spanish drinks list», those are some of the most famous drinks in Spain, but there are many more… If you think we have missed any, tell us in the comment section.

Anyway, learning about which are the authentic drinks of Spain is not enough, next we will tell you some very interesting information about the drinks of Spain, don´t miss it!

When talking about the drinks from Spain, almost everyone thinks about the alcoholic Spanish drinks.

The famous Vermouth or the Sidra from Asturias are some really good examples of the alcoholic drinks of Spain.

Although Spaniards love their drinks, they don´t only drink Spanish beverages. For example, coffee is a must in Spain, everyone drinks it and although it´s not originally from Spain.

Other than that, we could even consider the beer as the national drink of Spain. Everyone drinks beer in Spain, and almost every day! It´s crazy the level of beer consumption in the country (one of the highest in the world)

There are so many types of drinks in Spain, that you will even find specific drinks for each of the festive seasons. Specially in winter during Christmas time is when there is a more variety. You can´t spend a Christmas holiday and not try the hot chocolate with churros.

It´s also very common to spend more money during Christmas, and although these are not specially made for this time of the year, you will find out that cider and cava are very typical Spanish drinks for Christmas, as it happens with Champagne everywhere else in the world.

Breakfast are very different depending on the region of Spain where you eat, but the majority has a very normal breakfast, either a fruit and a glass of milk or coffee and cereals/ cookies or some people prefer to eat a toast with olive oil and sometimes ham and tomato (Spanish pan tumaca).

Although that would be a normal kind of breakfast, other people prefer to have a typical Spanish breakfast drink. That would be either hot chocolate or horchata. You can have them at any time of the day, but these are common Spanish drinks for breakfast.

We have good news for you! Preparing the majority of Spanish drinks takes between 5 to 30 minutes to make them. They are pretty quick and easy.

For example, the Clara (lemonade beer) is as simple as adding slowly the beer while you are adding the lemonade, and make sure both are really cold…It will be about 2 minutes!

Another very easy Spanish drink to make are the cocktails (yes, all of them!). On the other side, you will find the horchata, which is one of the most difficult Spanish drinks to make.

Facts about the traditional Spanish beverages

That´s some of the most important information about the drinks in Spain, but there are also some other interesting facts you may enjoy:

That´s all you need to know about the traditional Spanish drinks, hope you enjoyed reading about the most popular and famous drinks of Spain!

What about you? Which would be your ideal Spanish drink menu?? Let us know in the comments!! Article Name
🍷 Top 10 Traditional Spanish Drinks ✌ (famous & easy recipes)
Description
I➨ Which Traditional Spanish Drinks do you know? ✅ Sangria, Horchata... ➤ ➤ We tell you about each one of the famous drinks of Spain! ⭐ Don´t miss them!
We use ours and third parties cookies (including Google) on our website to analyze our services and show you personalized advertisements based on a profile created from your brwosing habits (For example, visited websites). The data from the cookies is kept on your browser and does functions such as reconginizing when you come back to the website or help our team understand which sections of the web you find more interesting and useful.
By clicking “Accept”, you consent to the use of ALL the cookies.
Do not sell my personal information.
SettingsOKRejectRead More
Privacy & Cookies Policy